In Jogindar Valley Nagar of Himachal Pradesh lies a small village named Bir which is famous for Buddhist Monasteries and Stupas and also famous for settlement of Tibetan refugees and is a renowned place of ecotourism and meditation. In 1966 after the entry of Tibetans Buddhist who fled from China the Tibetan colony was made. Paragliding is a major adeventure sport in Bir which attracts a lot of tourists throughout the country and abroad. In Bir Sherab Ling Monastery and Chokling monastery are major tourist attraction. Also due to its beauty Bir is known for Nature Walk. Some other areas of interest are Bir Tea Factory, Deer Park Institute, Dharmalaya Institute and the Bir Road, which hosts a sizeable market. apart from that speciality Bir Billing is a popular Paragliding tourist spots in the heart of Himalaya’s. Bir Billing is also offering the different type of activities, like Mountain Biking, AnglingTrekking to Himachali tribal villages and Camping. 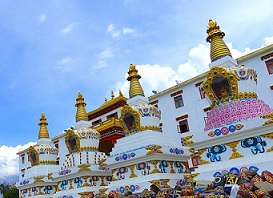 Chokling Monastery is one of the famous Tibetan monasteries in the Bir. Chokling Monastery was established by NetenChokling Pema Gyurme in in the 1960. It is known as the home of reincarnation- Neten Chokling Rinpoche and has a huge stupa and a statue of Padmasambhava and a stupa. It preserve its old practice lineage, including the various annual drubchen. 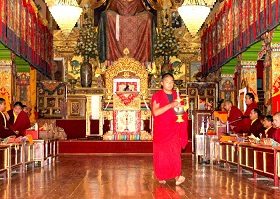 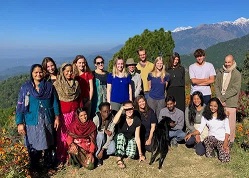 Bir Road is one of the most vibrant place of the town, which is the most popular shopping hub of Bir town. Here you will find the lots of authentic local handicraft items. 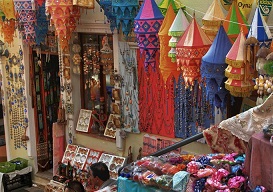 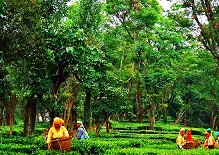 Bir has a pleasant climate that is ideal temperature for growing tea plantations, so tea gardens and tea plantations are found in plenty around here . Bir Tea Factory is one of the most popular tourist attractions of the town, situated near the Bir Bazaar. It is must visit attraction of Bir which offers the beautiful tea gardens and plantations spread around the town. It also offer the tour inside the factory, here you will get an opportunity to see the tea manufacturing process.

Bir-Billing is a second best place for paragliders in world, it  is also popular for its adventure activities, mainly Paragliding. The town also hosts the Paragliding pre world cup during the month of October.There are various training programs and certification courses are available here. It attracts a number of tourists across the world. The ideal time to enjoy this trilling adventure sports are from March to May and October to November. 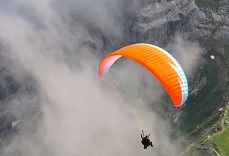 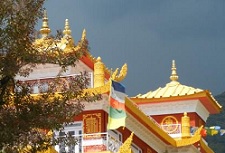 Tashi Jong Monastery is situated at about 12 km away from Billing, lies in Tashi Jong village, which is a small village situated between Paprola and Taragarh. The monastery is also having a handicrafts manufacturing unit, where beautiful Tibetan handicrafts are widely available here. 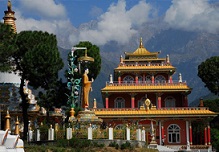 Baijnath Temple is a Nagara style Hindu temple dedicated lord shiva, it is situated in a small town of Baijnath located in Kangra District, distance of about 13kms from Bir. It is one of the significant temple of the region. The temple was built by regional merchants, named Ahuka in 1204 A.D.  The temple is dedicated to lord Shiva. 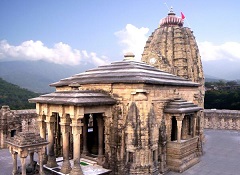 Barot is situated at the distance of about 53kms from Bir, Barot is a popular picnic spot lies near the Summer Palace of Mandi Kings. It is considered to be the main breeding centre of trout fishes and an ideal place for angling, trekking and fishing.

Rewalsar Lake is situated at the distance of about 91kms from Bir. It is mid-altitude lake, lies on a mountain spur in Mandi district, located at an elevation is about 1,360 m above sea level.  Rewalsar Lake also known as Tso Pema Lotus Lake. 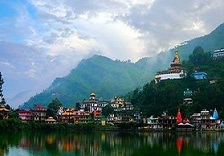 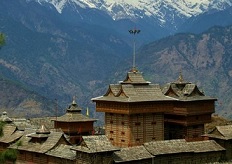 Bhima Kali temple is one of the holiest temple of Himachal Pradesh, which lies on the banks of the Beas River in Mandi. The temple is dedicated to Goddess Bhima Kali. There is a museum situated inside the temple, which houses the various statues and images of Hindu Gods and Goddesses. It is located about 69.9kms from Bir.

Kangra Fort is most popular attraction of the Himachal Pradesh, which is located at about 66kms away from Bir. The fort was constructed by royal Rajput family of Kangra. It is one of the oldest fort of the town. There is a museum at the entrance of the fort, which features valuable old photographs of the fort. 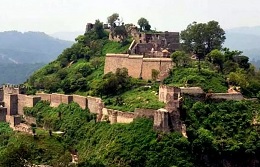 How to Reach Bir-Billing

Bir is a small hill station of Himachal Pradesh, situated on the lap of Nature, hence there is no Malls and multiplex are available.