Himachal Pradesh, sandwiched between Jammu and Kashmir to the north, the Tibetan plateau to the west, and Punjab to the east, has long been a magnet for nature lovers and explorers. The breath taking scenery includes mighty snow peaks, deep gorges, lush green valleys, flowery meadows, misty forests, rushing frozen rivers, glaciers, shimmering lakes, and specks of wildlife. Himachal Pradesh, which is dotted with numerous hill stations, is an ideal destination for visitors looking to unwind and simply feel rejuvenated. Trekking, mountaineering, paragliding, hiking, golf, river rafting, and ice skating are all common activities in the state.

1.    Shimla: Shimla is a great place to stroll around and see some of the best colonial-era architecture, such as the Viceregal Lodge, Town Hall, Gaiety Theatre, and Christ Church. The city's location in the Himalayan foothills, surrounded by lush greenery and snow-capped mountains, makes it ideal for trekking and other outdoor activities. Shimla, also known as the Queen of Hills, is a lovely colonial hill station with picturesque vistas around every corner. When winter arrives, the Queen of Hills' appeal grows exponentially – the entire city is blanketed in snow, a sight to behold!

2.    Manali: Manali, located in the Kullu district at an elevation of 2,050 metres, enchants visitors with its snow-capped mountains and breathtaking views. Manali is one of Himachal Pradesh's most beautiful destinations. Indulge the adventurous side by participating in sporting events while enjoying a visual treat. It is one of Himachal Pradesh's most popular tourist destinations due to its visually pleasing atmosphere.

3.    Dharamshala: Dharamshala is one of the most tranquil destinations in North India, set against the stunning Dhauladhar ranges and offering the perfect blend of natural beauty and culture. Thousands of visitors flock to the quaint area, which is surrounded by thick deodar cedar trees and snow-capped peaks that dot the landscape, to beat the summer blues and discover the best of nature that this place has to offer.  Dharamshala, also known as the "Little Lhasa of India," is the holy residence of the exiled Tibetan monk Dalai Lama. With quaint old monasteries, the quiet and serene hill stations proudly boast heavy Buddhist influences. There are several other tourist attractions in Dharamshala, such as the St. John Church, the Dalai Lama's headquarters, and Dal Lake.

4.    Dalhousie: Dalhousie is yet another Himachal Pradesh hill station that is perfect for unwinding in the serene, peaceful atmosphere. Away from the hustle and bustle of city life, Dalhousie, one of the top Himachal Pradesh tourist destinations, invites you to relax and enjoy nature. Experience the splendour of nature in the Khajjiar Valley, also known as India's Switzerland. St. John's Church is a must-see.

5.    Spiti Valley: Spiti Valley is a small village in the cold desert mountains at an elevation of 3,810 metres. Despite its remote location, a growing number of spiritual and adventure travellers are flocking to Spiti to visit its many Buddhist monasteries and participate in exciting activities such as trekking, mountain biking, whitewater rafting, and wildlife viewing.

7.    Bir-Billing: Bir, a small village in Himachal Pradesh along with Billing is also known as India's paragliding capital, is nestled amongst the beautiful natural bounty. This village adds extra sparkles and jitters to the beauty of Himachal Pradesh. With a Tibetan colony and the Deer Park Institute, a centre for Indian tradition wisdom patronised by the Dalai Lama, this place has a rich culture. Head to the Bir Road market to satisfy your shopping desires, take a leisurely stroll along the lake, spend a few hours at the Himalayan Film School, visit the cafes that serve delectable local Tibetan cuisine, and watch the sun set in the sky gleaming with different hues.

8.    Palampur: Palampur is known for its tea gardens and zoo, and is one of Himachal's most offbeat destinations. This is a great place to take the family because there are many attractions that both kids and parents can enjoy. The natural beauty will enchant you, and the simple accessibility and variety of lodging options make it an ideal weekend getaway from Delhi.

Even though Himachal Pradesh is beautiful at any time of year, visitors can choose a season to meet their vacation objectives. Summers in Himachal Pradesh are the ideal break from the heat, though monsoons are a backpacker's dream. Himachal Pradesh's winters are perfect for a romantic getaway in the snow-covered landscape with freezing temperatures.

1.    Summer (April-June): This time of year is ideal for sightseeing, shopping, and visiting Himachal's picturesque villages, which are easily accessible during the summer months. The majority of treks take place during this period and begin in major cities such as Shimla, Manali, and Dharamshala. Even in the height of summer, northern Alpine zones remain cold, and some high mountains receive snowfall in May.

2.    Monsoon (July-September): Traveling in Himachal during the monsoon season is always inconvenient. You should be extra careful when driving because the roads are more slick, and you should always hold an umbrella. Monsoons give a heavenly touch to the hills, giving Himachal Pradesh's beautiful hills a tinge of excellence. A visit during this season would undoubtedly leave an impression on you.

3.    Winter (October-March): In Himachal Pradesh, the winter season is a common time for honeymooners to romanticise the snow. The sight of snow is completely enthralling and will leave you with lifelong memories. The icicles and frozen lakes provide a surreal view of natural beauty. Furthermore, winter is an excellent time to participate in sports such as hiking, heli-skiing, ice skating, and other similar activities.

By air: Despite its popularity as a tourist destination, Himachal Pradesh's air connectivity is unreliable. Flights link Shimla's Bhuntar Airport, Kullu's Jubbarhatti Airport, and Kangra's Gaggal Airport to major Indian cities such as Chandigarh, Delhi, Mumbai, and Bangalore, for those wondering how to get to Himachal Pradesh by plane. Many flights are cancelled during the winter due to inclement weather.

By train: Building new railway lines in Himachal is difficult due to the rough mountainous terrain, so only a few areas have rail connectivity. The Kangra Valley Railway is Himachal Pradesh's main railway line. It connects Pathankot, Punjab, and Jogindernagar, (Himachal). There is a railhead in Una, Ambala and Anandpur Sahib (Punjab) providing access to other parts of the state. However, one can definitely enjoy the heritage toy train ride from Kalka to Shimla to-fro.

By road: Himachal Pradesh is easily accessible by road, as it is connected to all of India's major cities. The roads are in good condition, and the state government operates many low-cost bus services that link Kashmir, Haryana, Delhi, and Chandigarh. 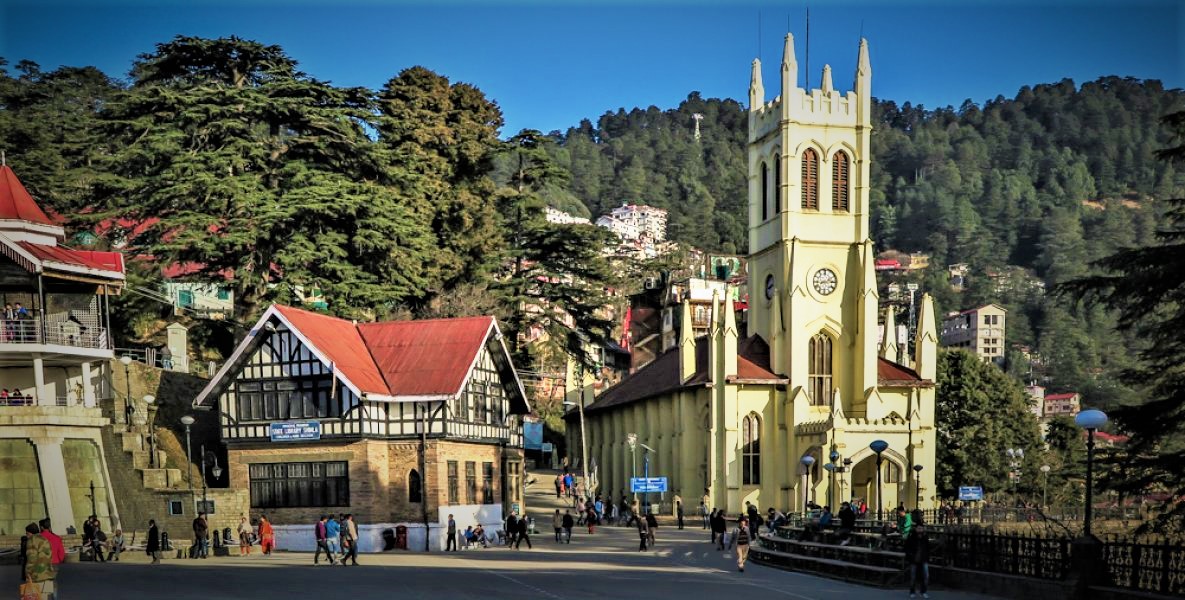 12 Amazing things to do in Shimla